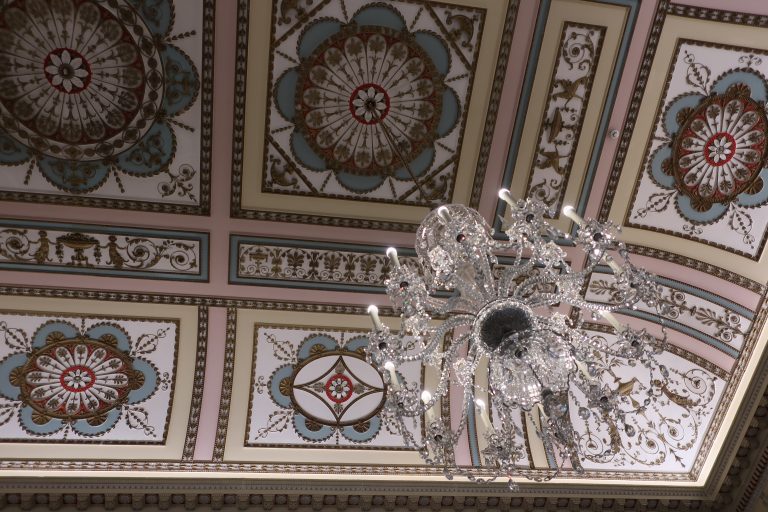 The Crescent was built as the centrepiece of a development by the 5th Duke of Devonshire, at the end of the 18th century, to transform Buxton into a fashionable spa town. Within it are the magnificent Assembly Rooms which includes this, the Grand Ball Room, and the smaller Card Room next door.

Getting to Buxton in the 18th century was not easy given its remote Peak District location. So, having made the journey, people would stay for days or even weeks and needed to be kept entertained. This is where this room came into its own as the Duke arranged for lavish balls, up to three a week, to be held here.

This room is considered to be the last, and best, of architect John Carr’s great rooms. Look up to admire the decorative ceiling plasterwork heavily influenced by the work of Robert Adam. Its five sets of mahogany doors inlaid with rosewood, the grand chandeliers and its two Derbyshire marble fire pieces. Its importance is also reflected in the Corinthian columns and pilasters – the highest classical order. Despite appearing to support the ceiling, the columns are hollow timber and are suspended from it. We believe this was an attempt to avoid the dance floor becoming uncomfortably rigid.

However, by the middle of the 19th century, times had changed. The fashionable set had moved on and the balls in Buxton came to an end. The room was then used as a hotel dining room and, more recently, as the town’s reference library up until 1992. Finally, however, it is being used for dancing once again, following its restoration as a ballroom for the Ensana Buxton Crescent Hotel and as part of a programme of events being planned by the Buxton Crescent Heritage Trust.

Pop in and take a look. FREE ENTRY 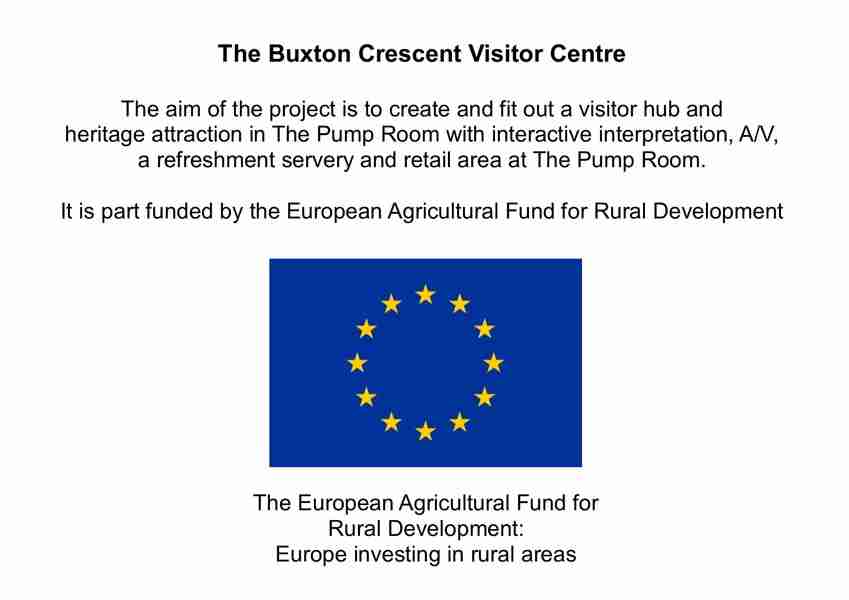